When I had my first child I had no clue what I was doing. I was so young. I believed everything that everyone told me. I loved being a mother but I felt I was no good at it. To me my child was a delicate doll that needed everything and constant, obsessive lo

ve. I unfortunately, could never give that to her because I was so young and a single mother relatively quick. I had to work full time, go to school full time and so a lot of my time was spent buying her things because I felt like I was failing. When I couldn’t but something for her I got relatives and others to get it. She wanted for nothing and thought she was the princess of the universe. She was the center of my universe for 9 years until I got my second daughter. 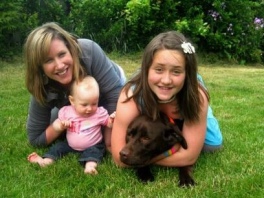 With my second child I was much different. I was confident. I knew how to be a mother and to my reasoning I was rather good at it. I learned to say no. I didn’t give in to my children as much. I didn’t give them things instead of my time. I learned what type of mom I was. I didn’t listen to others. I knew my kid wouldn’t break and I grew both my girls to be strong. I was married but basically parenting on my own. I knew how to balance work and fa

mily. On top of all it I really was becoming who I wanted to be.I became a mom who taught her daughters that they could do anything. I taught them they could achieve anything and to believe in magic. I still made a ton of mistakes but I was getting better at teaching myself from those mistakes instead of learning from others. I believed in respect for respect and parented my girls as such. (Sometimes being a fun mom but sometimes really having to lay the law down.) 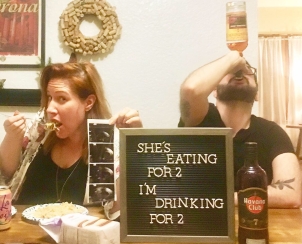 Now here comes baby number 3! Holy cow! What a whole new world of changes. First of all I am happier than ever, I know myself and what I am capable of. When I announced that I was having a third child well into my thirties the overwhelming response was “wow was it planned?” or “why are you starting over?” To each response I just shook off mainly because I just don’t care what others think. I have learned to be me and I am happiest that way. Baby number three has brought in a whole new outlook my kids are now 18 and 8. I have survived. I work full time, write part time and try to have as much fun with life I can.

That being said, I am so tired…so …so …SO TIRED. I am half into my first trimester and seriously trying to hold on without taking naps each day. To top it off I am sick to my stomach all day long. Even as I write this I just drank an extra large In and Out vanilla milkshake and I am trying not to throw it up, cause I’m pretty sure its a sin in Southern California. With my first two kids I was barely sick had a ton of energy and felt I cou

ld conquer anything. Let me just tell you friends, third baby … my body is already looking very pregnant (even 8 weeks in) and my level of energy still is that of a sloth on an hot day, that’s right, it doesn’t exist. Even with that I am confident and well planned. I already am so prepared. I have a birthing plan, know what type of mom I am, I have my registries done and have even planned my shower. A problem comes up and in the words of Vanilla Ice, “Yo I solved it.”

Head to @channingreidtv 💕 for motivational Mondays. This one is all about spring cleaning yo’ self. It’s time to box up the toxic and let in the happiness! You definitely deserve it! I believe in you! 💛💛#letstalkaboutit 💕💛
Every time you advance towards YOUR dreams, you’re showing others watching what’s possible for their dreams. Keep going for it ✨ 💛 💛💛 💛
Sweet sisters! 💕They love to play together our home is full of love and laughter because of these sweet girls. 💕🌈💜
She’s the sweetest princess💙💕💜 Madison is both kind and courageous 🌈 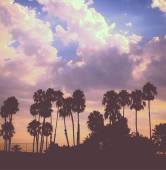